Here on the Big Island of Hawaii, things surprise you. From scenery ranging from lava flows and houses that looks like they’re in Greenland to lush rainforests and fog so thick you can’t see 10 feet in front of you, this island holds much mystery. Here are some of my favorite little-known facts!

#1: The endemic Happy Face Spider lives here. I haven’t seen one, but look at this thing. It will totally crack you up.

#2: I was out in the middle of nowhere taking photos of a waterfall when…I was approached by a couple of Hawaiian Jehovah’s witnesses. I kid you not. Luckily they let my Christian-ness be and gave their paper catalogs to some other hiker. I’ve never felt so religiously molested in the woods.

#3: Approximately 18.7% of your Facebook friends are involved in pyramid schemes and post daily to get your participation–a sure sign of the fact that they are indeed involved in said pyramid schemes–but are in denial of this fact.

#6: Though everyone (my mother) complains about how hot ‘n’ humid Hawaii is, it really isn’t that bad, especially here on the island of Hawaii (Yes, it’s called the Big Island, or Hawaii. Just to confuse you.). In fact, its highest recorded high (100 degrees F) and lowest low (12 degrees F) don’t even come close to New York State’s range. I remember 106 when I was 11 years old, and -10, I dunno, bloody last year. It’s not even that humid here! In fact, where I live I wear pants and a sweatshirt to bed every night, and I’m still cold. There are so many climates here, you can drive through what feels like 10 different states in two hours.

#7: There are three main colors of sand here: white, black, and green. They all look different, depending on the angle of the sun and how you look at it. Sort of like Rachel Dolezal.

#8: Kauai is better. JUST KIDDING! The BIkG ISaLuAaNiD is better.

#9: It’s the adults who have the pot problems here. Yes, young adults smoke up, but gatherings of old Hawaiian men drunk and smoking are far more common, and youngsters worried about their parents being addicted to marijuana is a thing here. Driving high is also of concern. Luckily most car crashes involve lava, not other people.

#10: French-Canadians are just as obnoxious as regular French folks. Also, due to the fact that they know they’re right all the time, I was told that I was wrong about thinking a part of the sky could be the Milky Way. “No, it’s just clouds. How do you not know that? Have you ever even seen it? Pffft.” I took a photo just to check. 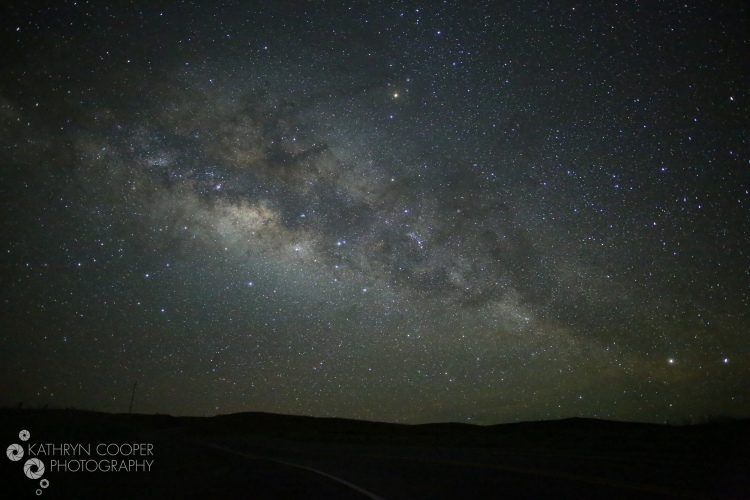 #11: When I drive to work many afternoons and leave my li’l mountain town, half of the time it’s raining and cold–though it’s clear, hot, and bright by the time I get to my work side of the island. This means that often in my rear view mirror, I see beautiful rainbows during my daily commute. The scenery is so distracting, it’s hard not to crash.

#12: Plastic bags are no longer allowed on the Big Island. You’re allowed to have your own from the past, but grocery stores don’t have ’em. Pretty cool that they’ve made the step to not kill our environment so fast!

#13: The hooker I photographed tipped me in cash. $12. Hey, you gotta use those dollar bills up somehow! She also gave me a ceramic Hawaiian flower from her cleavage. I already went through my storehouse of Purell.

#14: People are always shocked when it rains in the rainforest.

#15: People think Hawaii is all rainforests. Or a little lava and rainforests and beaches. In fact, the islands are incredibly diverse (from the rest of the world, as well as from each other), with the Big Island being the most diverse. There are different colors of lava, desert regions, snow, fog and moss, beaches, rainforests, mountains, savannas with galloping giraffes, polar bear sightings, icebergs, Williamsburgs, smorgasboards, and snozzcumbers.

So…how many of those facts did you know? You’re surprised and learned something new, right? This place is an endless pit of fascination and lava tubes, so luckily I haven’t grown bored here. Heck, even the chickens are beautiful. Aight folks, over and out for now. Next time…Kauai and the epic Na Pali coast–plus homeless people, hobbits, and more! 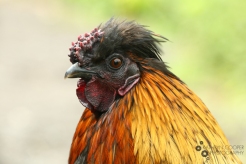 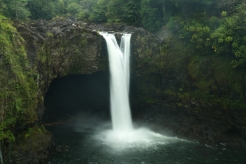