Everyone always says that the sights of Hawaii are unmatched. But what, I thought, about our four other senses? In order to find out, I closed my eyes and went about my day, taking in all of my other senses. I also crashed multiple vehicles, was mistaken for Helen Keller, and accidentally became a cannibal, but that’s to be told another time. Here’s what I picked up on this round:

Smell – Opening the door to my house each night, being greeted with the unmistakable scent of used cat litter mixed with dirt-embedded/unvacuumed carpets and decaying bodies, most likely.

Sound – My landlord snoring in his room, despite being behind two closed doors.

Touch – The feeling of ants running up my arm as I took out a piece of moldy bread and unscrewed the jar of peanut butter.

Sound – The rich tunes of silence as I turn on the car radio, realize I live out in the middle of nowhere, and forget it’s even still scanning until I nearly jump out of my seat when it picks up a signal 15 minutes later.

Smell – The overwhelming mix of perfume and/or ammonia that a literal hooker wore for her photo shoot. I don’t know which was worse: Looking at her or having to smell that. She was actually super nice, but…yeah, I guess my G-rated photos are about to appear on an X-rated site. I’m scared to look. Private message me for the link.

Touch – Black sand on my feet. There are beaches here with white sand, green sand, and black sand. Unsurprisingly, it just feels like…sand.

Taste –  Blood, as I bite my lip to keep from screaming as I hear yet another guitarist sing “Somewhere Over the Rainbow.”

That’s what I have for the other senses. Luckily I moved last month to a completely different part of the island, and am so, SO happy. No ants! Just roaches.

At least the sights here aren’t so bad. 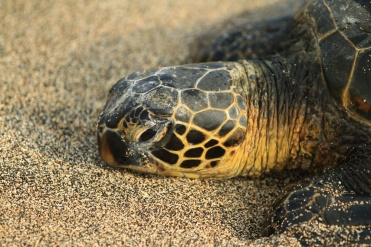