Memes are popular. Having a normal day in India is not. Why not combine the two for a rip roarin’ good time?

A friend here and I ventured out of town for my birthday weekend. On my actual birthday day, we went out on a real safari, where we were told we might see tigers, elephants, sloth bears, and more. Share in the excitement by taking a look at the photo below!

Perhaps it was just a huge failure of a safari. Up at 5 a.m., forced to pay 3x the normal amount because we were foreigners, forced to pay another fee because the government employees running the show were clueless and misinformed, and then forced to see…nothing at all. We saw some birds, including the “jungle hen,” (chicken), some deer, and little else. But we did see elephant poop!

The ride back to our “resort” was interesting, though. 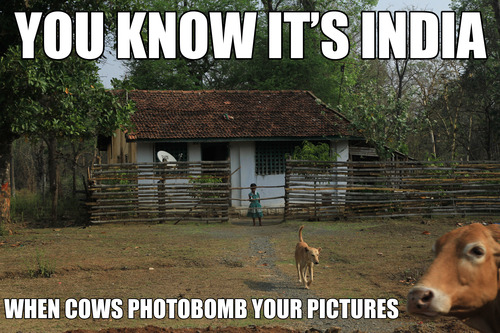 And honestly, aside from the safari, people were super nice at this small home/hotel/place in the woods where we stayed. And the food was amazing! Actually, we saw more interesting wildlife there…flying tree lizards, praying mantisi, and many different kinds of birds. Oh, and a crocodile! 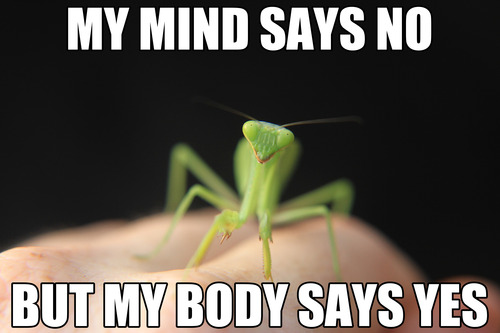 After our sadfari day, we took a harrowing bus ride on passageways one could barely call roads. We’re happy we’re still alive. We arrived in the small coastal town of Karwar, which was filled with very friendly people who showed the utmost concern for my crutches-and-brace getup. Apparently they also thought I was mentally challenged, because they would ask my friend what happened, not moi. Crutches = mute?

After time spent exploring the town, we were excited for a real resort with snorkeling and boating, but little did we know of the drama about to unfold. My friend forgot her passport, which meant we weren’t allowed to stay, but due to some bizarre Indian rules, we were already registered and had to give information to the police. We were locked INSIDE the resort–but unable to use it–for 3 hours. Here we are, locked behind the gate. This is before the police called me but after the pair of snakes fell from the gazebo roof.

Eventually we were allowed to walk to the beach, but alas, the eagles and birds circling above made me a bit cautious. After all, I couldn’t run. 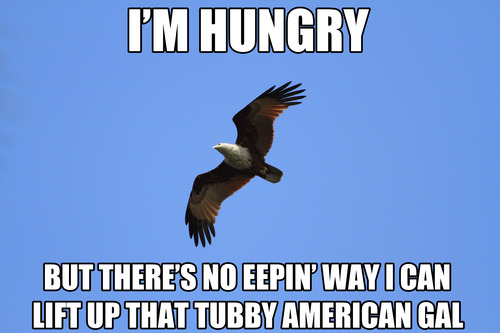 After the resortfail, we found another small hotel room and spent the next day walking/hitchhiking/riding to the local port, which had obviously never seen foreigners. We enjoyed the pretty colors of the place, though aside from kids torturing fish and women sorting dried starfish, there wasn’t a whole lot going on. 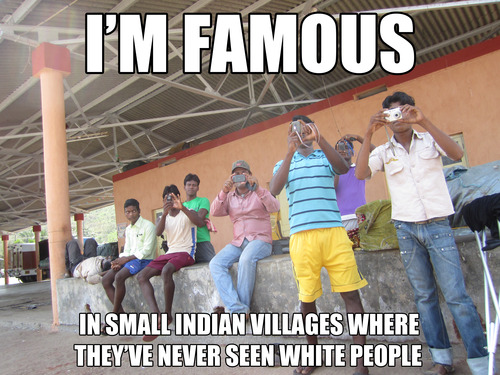 Back in our li’l Hubli, it was time to move in with my friend. They forced me to move, as it didn’t make sense for them to pay housing costs for two people living on their own. So I am now stuck in a poorly ventilated home to stay in all day. My new view is of construction guys building a house across the street. Hello, manual labor.

I actually miss my old house, where I had an excellent view of the pre-monsoon evening thunderstorms from my lonely little window. 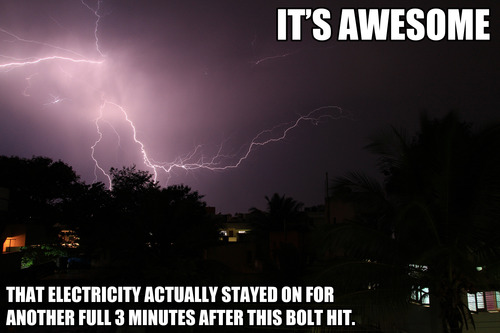 So now I reside, sometimes at home, sometimes at work, but almost always in a super-hot, little-ventilated, howling-dog-sounding, nasty-neighbor-perpetually-glaring-at-us, no-running-water, three-types-of-ants-infested home. At least I have a friend, internet, and a water filter that’s only made one person sick thus far.