On Thursday night I was in the middle of a practice when I made a poor decision. My boredom, and my students’ eagerness to learn gymnastics, led me to flip around one of my tiny students. He weighs only about 85 pounds, so I decided to teach him how to flip around my arm. Well, I flipped him around fine, but we were on a wooden stage, and when he didn’t land right, I had to fall weirdly so as not to land on his head. Instead, I landed on my knee and heard a pop. A typical how-could-you-do-something-so-dumb-especially-when-you’re-in-a-foreign-place moment, right?

Well, after the pain subsided, the numb feeling came, and I attempted to sleep, the next morning it hurt even more. Of course I was angry with myself; after all, it was 100% my stupidity and my fault. My bosses convinced me to see a doctor. I actually have travel health insurance, but it’s cheaper here not to file anything–really. So last night, on a Friday, my good friend (“Uncle”) took me to see a doctor. Without swelling or bruising it looked fine, but I was walking with a limp, there were sharp pains, and squatting down (for the toilet) was excruciating. I was ordered x-rays. Some guy in a flannel shirt came into a room after 20 minutes of waiting, flipped on the switch, invited me in, and plugged in the x-ray machine. The good news? I was able to sneak a camera in to the most sketchy doctor’s room I’ve ever seen, mainly to delight my older brother, Timothy. I figured, however, that many people would enjoy this foray into 18th century medical treatment practices. 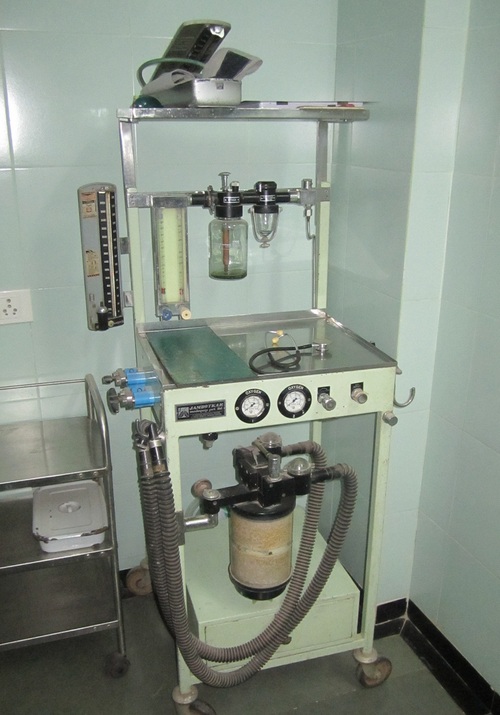 I’m scared…is this an iron lung?

Heck, I’m surprised they didn’t get out the leeches to properly bleed me. 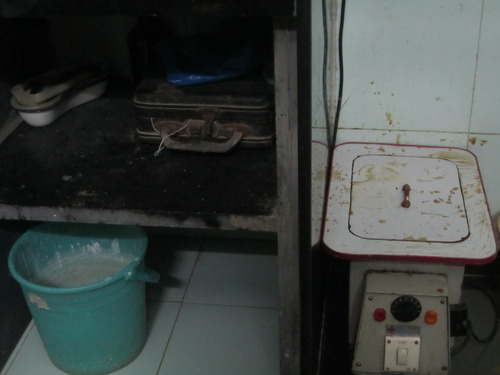 My x-ray machine. Let’s play a game of “guess which year?” and the closest guess within a century will win a cassette tape player.

Was it the lack of technology, the sparseness of the room, or the actual filth filling the place? I can’t say for sure, but it sure was fascinating.

Less than 10 minutes later, amidst stares, nuns, pregnant women, and random occurrences, I went back to the doctor, who said the bones looked fine, and that it’s probably just a torn ligament. He prescribed several things, then talked with us for half an hour, explaining to us his visit to America in detail. He also used his connections, made some calls, and invited me golfing once I heal up. Go figure.

Hopefully I heal up fast and learn my lesson, but really, it could have been worse, right? Tonight I am supposed to dance. This will be fun.