When traveling to foreign countries, it’s often necessary to bite one’s tongue and avoid conflict. It’s not my place to correct people on their mannerisms and practices in their own country. Not that this fact has stopped me from imagining two-liners I so wish I could mention in passing.

“Why yes madam, of course I think it’s awesome you stepped out of the public bathroom stall and spat on the floor before reaching the sink. It really takes initiative and innovative thinking to spit in the one clean area of India.”

“Thank you, stranger, for walking up to me on the street and gently pulling down my kurta (Indian dress shirt) to hide the 1.39-square-inch surface space of my waist that these miserable-fitting clothes not made for anyone without a rail of a figure had exposed. I know there are no greater issues going on in India right now as important as a foreigner commuting to work and flashing skin with malicious intent.”

“No, I definitely appreciate your offer of possibly working at this NGO’s American branch. You were only the most incompetent and manipulative people I’ve ever worked for, so I’d be happy to see how your corrupt business operations translate on American soil.”

“Sure, I’m happy to pay literally 20 times more than an Indian for my admission ticket. You sure know how to make foreigners feel welcome.”

“What do you mean we should be careful about wild elephants around here? It’s a small area and there’s no way I’d be lucky enough to randomly encoun—oh my holy mother of *&%$.”

“I love that when an English-speaking teenage orphan kindly offers to lead us through the beautifully terracing crops, you reprimand him and tell him to go a way that will afford you better photos. You are too sweet.”

“Wait, that’s not what I’m saying! I think your one-room house is very unique; after all, few families can lay claim to a giant beehive above the bed and the relaxing drone of thousands of flying critters in their own homes.”

“Now that I think of it, yes, you’re right in saying that I should stay in India and marry an Indian guy. Silly me, who wouldn’t want to give up all personal freedom, friends, living place, and educational pursuits to be treated poorly by my new husband’s in-laws?”

Oh come now, I’m not THAT bitter. Here are some tidits in the way of photos (nothing special–just friends and fun) and experiences from my last days in India. 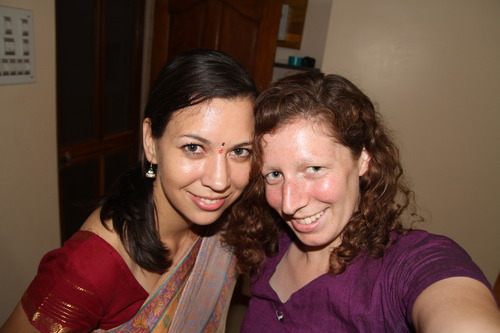 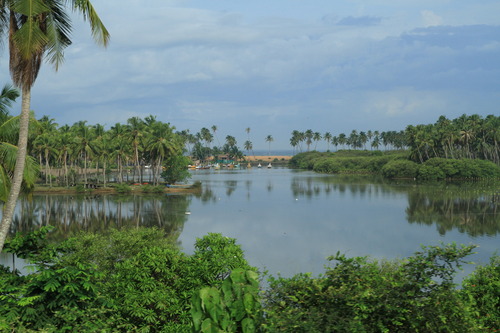 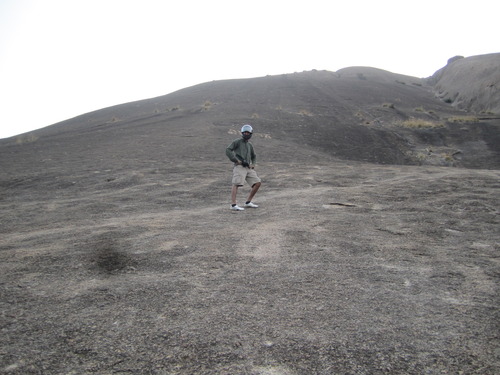 My last two weeks in India were pretty eventful, but not necessarily in a positive way. At least I had experiences I won’t soon forget, right? After being surrounded by chanting, rioting crowds in Nepal and spending extra money on a flight home (no other way out of the country!), I spent more than a wee bit of time in Bangalore, capital of credit card phone request, health insurance denials, and Dell anti-help centers. Seriously though, I saw wild elephants, went on some small trips, realized Bangalore is only IT people and shopping malls, made amazing friends with many of these people and cannot make fun of the hard work, crazy hours, and intense criticism these folks have every day. Well, I can only make fun of it a bit. Amidst the great friends were some very traumatizing incidents that I will never forget. I was happy to get back to Hubli to retrieve my belongings and say goodbye to everyone, but wouldn’t you know it, Hubli was on strike too. It was down to a little-known but awesome port called Cochin, where I met some great people and had a wonderful last few days in India. If I ever come to India again, I will definitely visit the southern state of Kerala over the others—what a beautiful place full of less staring! I’m glad I spent my last few days of India here, because it almost erased the slightly acidic taste this country has left in my mouth.

Overall, India was…well, as challenging as everyone said it would be. And unless you’re a white female, you don’t know what it’s like. It’s different for African-American females, different for white males, and different even down to size and hair color. I didn’t feel I could be myself. Sure, I wasn’t living in Saudi Arabia, but with the never-ending stares and attention, the restricting and hot dress, an inability to exercise, and restrictive women’s rights, I often felt like a prisoner here. In my house, I was told no loud noises, no music, no shouting, no drinking, no non-veg food, no dancing, and no visitors. When my neighbors accidentally saw me in shorts several times, one could practically see them stamping the word “slut” on my forehead–I kid you not. The combination look of judgement, fear, and disdain in their eyes made me feel like a bad person for wanting to stay cool in my own home. In the office, I wasn’t allowed to laugh without getting in trouble. In fact, I think I was often the loudest person in all of India. Women on the street were so bitter about their repetitive lives of cooking and cleaning with a cut-short education that in return to me smiling, they would grimace, frown, or look disapprovingly at my outfit. Step out on the street and you were judged (poorly) rather immediately. So yes, living in India was tough, though not a shock.

Despite my constant criticism of this way of life, I still have to say that Indians are the most hospitable and generous people I’ve ever met. I got spoiled by the 99% of people who were just amazing. Friends and strangers alike would bring me into their homes, pay for my meals, give directions and walk with me to the location, spend time researching routes or time tables for me, and invite me to dinner. I can’t say enough how much people go out of the way to help someone they don’t know. Heck, no one in America would treat strangers this well.

Perhaps most enjoyable were the conversations I had with random people. The restaurant owner whose owners called him in to work at night, shouting, “The Whiteys are coming, the Whiteys are coming!” Okay, that one isn’t quite true. The families who fed me, communicated with motions, and apologized when they ran out of food for my ever-expanding stomach. The train passengers who were so curious that after a few hours of sneaking looks in my direction, they’d finally come over to ask the standard 3: My name, where I’m from, and if I’m married. Really, I know all countries have issues, and I’m now in Malaysia, which has plenty of issues itself. Still, I feel I experienced India long enough to get a good feel of its many faces. I will surely be talking about it—and criticizing it, as I do most things—for years to come.